We’ve all been there.

We make what we think is a rational decision. And then seconds, minutes or days later we wonder “What was I thinking?!” Was it a temporary lapse of sanity? Were we just distracted and decided anyway?

We knew it wasn’t the right decision or the best decision, but in that moment, we made a decision anyway. And it ended up being a stupid one. Why?

The Science Behind “Stupid”

Does this mean that we are indeed stupid? Nope. It simply means that not every decision we make is actually rational. We see what we want to see filtered through our inherent biases, and then we make decisions based on those biases. These biases are called cognitive biases and we all have them.

A cognitive bias refers to the systematic pattern of deviation from norm or rationality in judgment. These biases cause conclusions, inferences, assumptions about people and situations to be drawn in a less than logical fashion. We all create our own "subjective social reality" from our perception of the input we receive —both from outside of us and inside of us.

Check out this graphic, then in a few minutes I’ll walk you through how I used it to help a client make a smart hire instead of a stupid one. 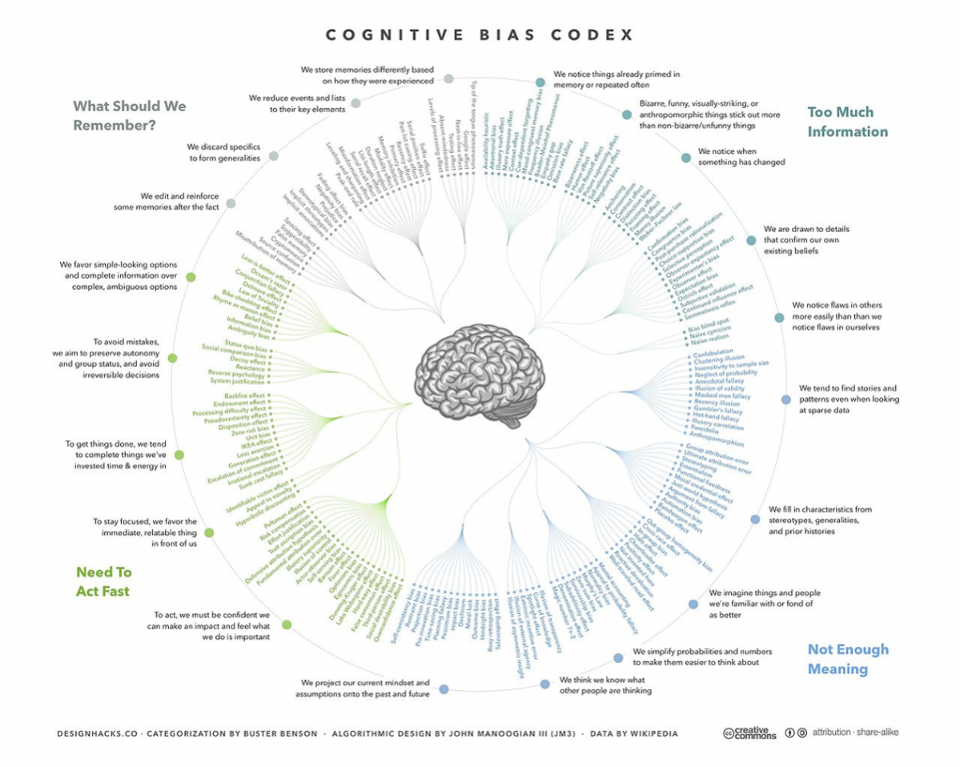 What’s Your Bias? Or How Bias Impacts Business

Neil Jacobstein, an expert in artificial intelligence, notes that we all use AI and algorithms to mitigate and compensate for many of the following heuristics in human cognition (thinking):

Jacobstein is fond of pointing out that your neocortex has not had a major upgrade in 50,000 years. It is the size, shape and thickness of a dinner napkin. “What if,” he asks, “it was the size of a table cloth? Or California?”

The Benefits Of Bias—And How To Optimize Yours

Biases can be helpful. They filter through information overwhelm, they help make sense of the world, they allow us to make quick decisions in a fast paced world. Check out this recent challenge an executive coaching client of mine had.

My client needed to hire a VP marketing to take the company to the next level. He had four candidates that had made it to the interview stage and one had even made it onsite to meet with four different key stakeholders in the organization. I asked him why he favored this one candidate by such a long shot. As I listened I heard the following biases. He was showing:

I expressed these concerns, and how cognitive biases can be busted when you:

Then he asked me to interview the candidate. I deeply questioned the candidate in each of the bias areas our client had. The result? They’re not the right fit for the company. Not by a long shot. The excellent news is our client avoided a costly hiring mistake and the super excellent news is that he still has three candidates that might fit the bill once they are interviewed by carefully avoiding cognitive bias.

While we’ll all still make stupid decisions now and then (welcome to being human!), once you understand cognitive biases you’ll mitigate risk by implementing the tools above. 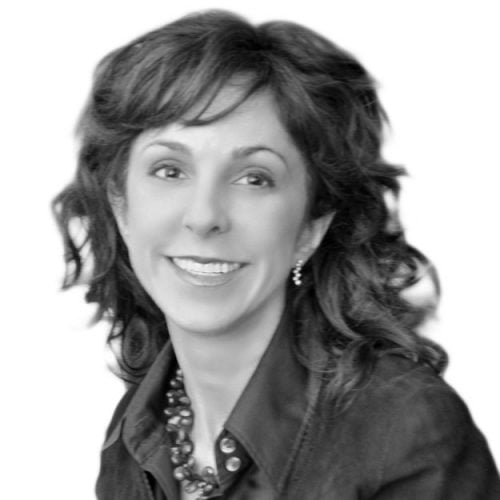 Bill Gates calls her “super high bandwidth.” Bill Clinton has thanked her for “fostering American entrepreneurship.” For over 30 years New York Times bestselling author and Leadership and Culture Coach Christine Comaford has helped leaders navigate growth and change. Christine is known for proven strategies to optimize executive performance, powerfully enroll and align teams, and rapidly increase sales and company value. The potent neuroscience techniques she teaches are easy to learn and apply. Christine has built and sold 5 businesses with an average 700% ROI, served on over 24 boards and has invested in over 200 startups, including Google. She has consulted to the White House (Clinton and Bush), 700 of the Fortune 1000, 300 mid-sized business. She was a software engineer in the early days of Microsoft, Apple and Adobe. Be sure to pick up a copy of her 2nd New York Times bestseller SmartTribes: How Teams Become Brilliant Together.

Get High Before Every Meeting

Personal Productivity
Previous [VIDEO] Disadvantages ARE your advantage.
Next [Video] The world is shifting -- Are you?