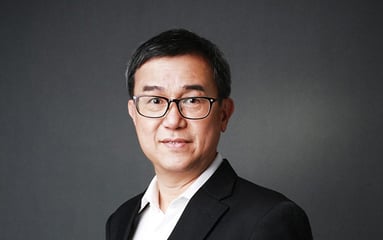 This unassuming 62-year-old man from Singapore is a marketing genius and inspirational role model when it comes to creating social change. At first glance, you’d probably never guess that his work has solved sanitation problems for 2 billion of the world’s poorest people over the past 19 years.

Jack’s pursuit in business began after high school. After serving two years in Singapore’s compulsory military National Service, Jack decided to dive straight into business instead of the usual route of studying at a university. He soon found he had a natural gift for it. By the age of 40, he had started 16 successful businesses.

But then, Jack reached a turning point in his life and wanted to seek a higher calling. He decided to trade his business hat for social service work. Thus, at the age of 44 on November 19th, 2001, he founded the World Toilet Organization (WTO).

Today, the WTO has scaled to 151 member organizations in 53 countries and has delivered sustainable sanitation solutions to the poorest communities worldwide. It has also garnered attention from celebrity donors such as Matt Damon, Jay Z, ColdPlay, and Shah Rukh Khan.

One of WTOs most impressive milestones however was influencing the United Nations to officially announce November 19th as “World Toilet Day”, an international United Nations observance day to inspire action to tackle the global sanitation crisis.

How did Jack achieve all of this with a non-profit?

Read on to discover how modeling the Exponential Framework influenced Jack to think out of the box and achieve what was once believed by many to be impossible: solving the global sanitation crisis.

Although Jack did not hold any tertiary academic qualifications when he started the WTO, it did not stop him from always seeking to educate himself. From books to mentors and experiential learning, Jack’s continuous efforts to upskill himself was an essential piece to exponentially scale the WTO.

When the WTO reached a point it needed to bring together governments, academia, civil society, multilateral agencies and the private sector to explore innovative and sustainable solutions, Jack enrolled in part-time studies at a university to pursue a Masters in Public Administration. He was 52 years old.

“I needed to know how to run an entire economy,”

Jack explains. “And getting my Masters in Public Administration equipped me with that knowledge. But then, when I was 59 years old, I realized I didn’t know anything about technology. I didn’t even know how to use the photocopy machine at the office — there’s just too many buttons, right?”

Jack knew he needed to get up to speed with technology. He intuitively understood that technology will play a pivotal role for the WTO to achieve its Massive Transformative Purpose (MTP), which were to:

With that mission in mind, Jack decided to further his education by joining Singularity University to explore how exponential technologies can shape the future and solve the world's most urgent problems.

From a Technology Newbie to an In-Demand Educator

Upon earning a scholarship that secured him one of the 80 seats available for Singularity University’s intake, Jack stepped into a brand new learning curve.

His answer impressed everyone in the room. From then on, Jack would also informally act as a business mentor to his fellow classmates, helping them gain new perspectives on how to turn their technologies into business models that can make a difference in the world.

Jack’s contribution to the class was so significant, he was later invited to teach at Singularity University — a role he still holds today. In addition, he’s also been invited to become an Adjunct Associate Professor of NUS and Lee Kuan Yew School of Public Policy in Singapore.

Despite becoming an in-demand educator, Jack knows his own learning path will never come to an end. Learning from Salim Ismail at Singularity University had opened the door to a 10x framework and mindset, and he was hungry to learn more. That’s when he enrolled for Growth Institute’s Exponential Organizations (ExO) Master Business Course.

The 10x Approach to 10x Impact

Jack was magnetically drawn towards Salim’s exponential framework and approach to business. He immediately recognized the 10x approach as something he had instinctively done to scale the WTO in its early years.

“I just thought it was natural common sense,” Jack mused. “It’s a lot like ‘The Adventures of Tom Sawyer’. You know how Aunt Polly punishes Tom by telling him to paint the fence? Tom didn’t want to do it, but he pretends it’s very enjoyable. He whistles and sings as he paints the fence, until his friends want to do it too. Then, Tom tells his friends that he won’t let them paint it unless they pay him. And so they do. And so now, not only did Tom get other people to do the work for him for free, they’re paying him too.”

Jack goes on to explain, “In other words, if you want to mobilize people to help you achieve 10x impact, you need to make them believe they are getting more out of it. You need to 10x what they gain. And that’s what I was doing in the WTO’s early days. I would turn a neglected topic that nobody wanted to talk about into something very humorous. I was not scared to call a spade a spade and use guerilla marketing strategies that grabbed people’s attention with humorous illustrations of toilets and poop.”

“And attention is exactly what the media wants. Because attention gets them subscribers. It gets them views. It gets them sales. By positioning the topic of toilets into something that gets attention, I capture the media’s desire to work for me. Attention can also give someone more fame, which is how I also gained the support of many celebrities.”

“Essentially, by simply focusing on 10x-ing the results others want, I can get them to do what I want for free and 10x our impact. And that’s how I’ve been talking sh*t for 19 years, and still keep it fresh,” Jack adds cheekily.

Scaling Even Further by Filling in the Gaps

While Jack’s natural instinct towards a 10x approach had mobilized a lot of support for the cause of sanitation, there were still a few missing pieces. He elaborates:

“Joining the ExO Master Business Course taught me the 10 attributes that Exponential Organizations have. Having this framework made it easier for me to communicate to people what we need, because now I have the structure, jargons, and case studies to prove to others that this approach will work.”

“The ExO framework has also helped me identify the gaps in the WTO, one of which was algorithms. In the early days of the WTO, I would connect with people very organically. "But now we have expanded globally, algorithms have become necessary to become efficient.”

“For example, I can no longer manually call up everyone and arrange how everyone will collaborate. So I persuaded Microsoft to develop this algorithm and software that will map, match, and motivate people. This enabled us to scale our impact almost immediately, and I am hopeful that it will also help us reach our MTP of ending poverty for the BoP.”

In order to 10x your impact, you must also 10x your education. This underlying philosophy has been the compass to Jack’s success both as a businessman, and in scaling the impact of the WTO.

“You need to also teach him about refrigeration, packaging, branding, pricing, and marketing. You also need to give him access to bigger nets, bigger vessels, bigger technologies, bigger markets, and better business models that will expand his impact. Then, he won’t just feed himself for a lifetime. He can feed his family. He can feed his community. He can feed the world.”

On that note, Jack does not hesitate recommending the ExO framework and ExO Master Business Course to aspiring changemakers of the world.

“At the heart of the ExO framework is the MTP — your Massive Transformative Purpose. This is very important because success is not just about the money,” explains Jack. “It’s about finding meaning and relevance. If you get distracted or intoxicated by power or fame or money, then you will lose track of your MTP.”

“Having a structured ExO framework will help keep you and your company aligned around your MTP. It’s not about how you can be the hero. It’s about how you can facilitate everybody else to be a hero. And at the end of the day, that’s the only way for humanity as a whole to grow.”

To learn more about the ExO Master Business Course, check out the information below. If you are interested to help Jack in his mission to solve the global sanitation crisis and end poverty, click here to email him.

Transform Your Business into an Exponential Organization

The Exponential Organization Master Business Course provides you with professional feedback, peer support, accountability and external perspective (we all know how it is hard sometimes to think “outside of the box”) so you can apply the ExO methodology successfully in your organization.

Within the program, you’ll be getting the highly-qualified guidance and support from Salim Ismail, Kent Langley, and ExO Coaches, plus an extremely dynamic and valuable network of leaders from all over the world.

Go here to know more about the course and be notified when the new cohort starts. 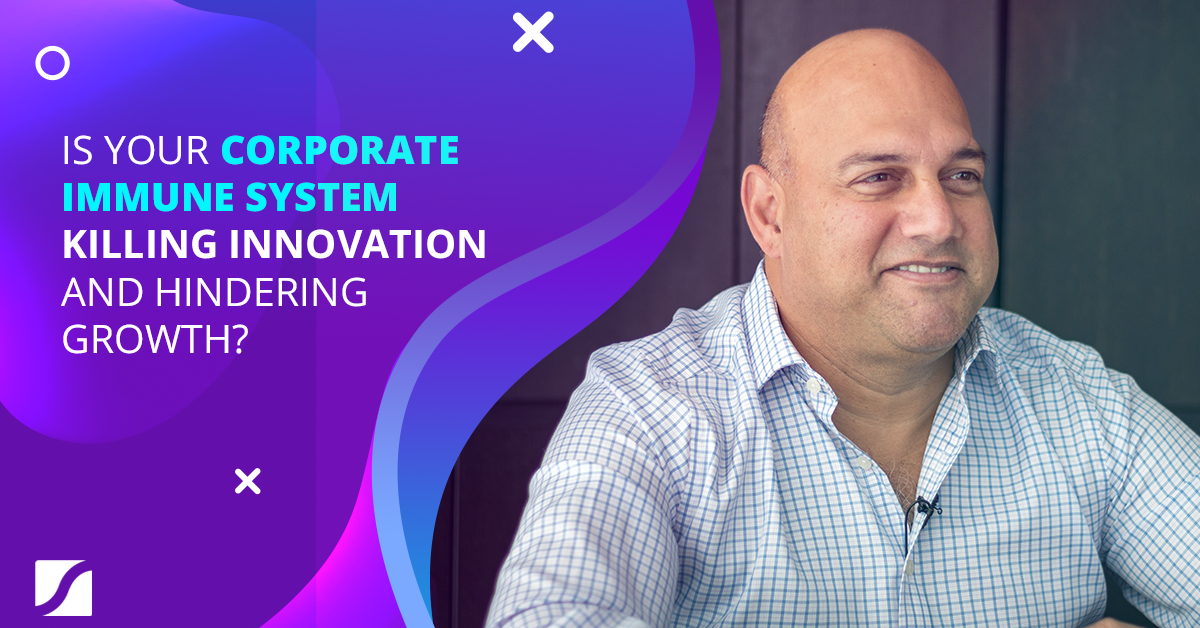 Is Your Corporate Immune System Killing Innovation and Hindering Growth? 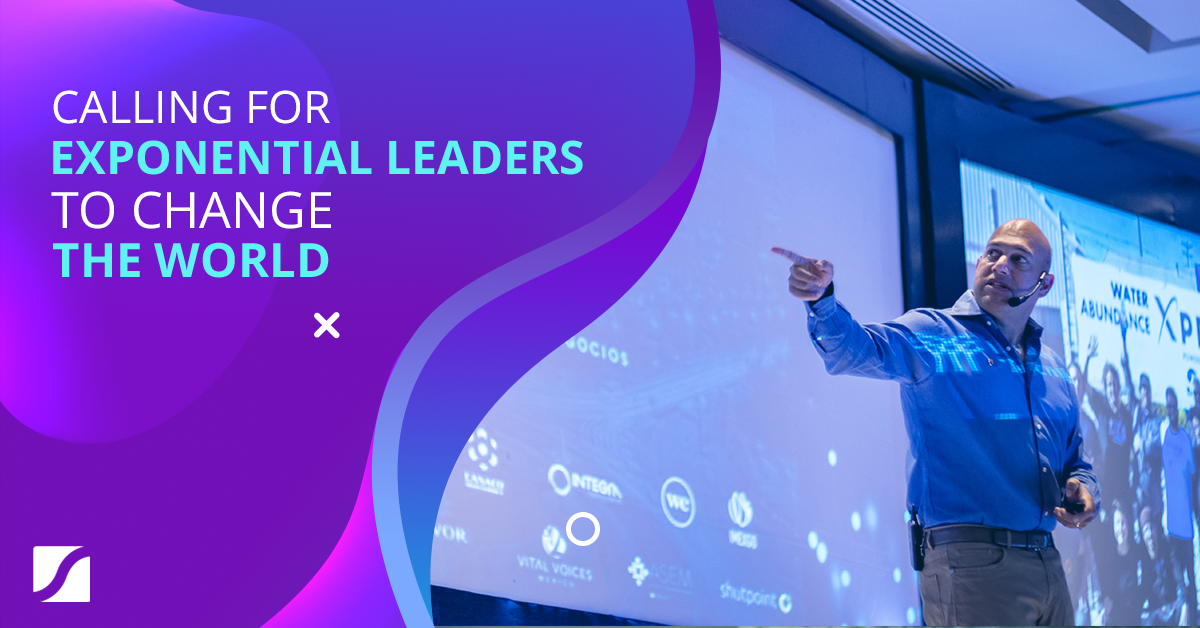 Calling For Exponential Leaders to Change the World

Digitary: Inside the Mind of an Exponential Organization

exponential organizations
case study and examples
ExO
11 atributos ExO
outsourcing
global talent
Previous Digitary: Inside the Mind of an Exponential Organization
Next Calling For Exponential Leaders to Change the World