Here's a 5 step process to overcome the mental barriers that keep your from becoming more creative, lucky & innovative.

Innovation. It often looks like an uncontrollable force that only strikes upon lucky entrepreneurs in Silicon Valley.

But research has proven that creative ideas are all around us, in all types of organizations.

For example, of the top 30 innovations that most transformed the world in the last 30 years—ideas like open-source software, e-commerce, biofuels, and email—over 70% of those came from employees working within established organizations.

What do these internal innovators have in common? And what sets them apart from the would-be creators that didn’t quite make it? It begins with their ability to recognize and act on opportunities.

Mindset: The Difference Between The “Lucky” And The “Unlucky”

He asked each group to look through a newspaper and count how many photographs were inside. On average, the “unlucky” people took two minutes to answer. The “lucky” people often completed the task in seconds. What was the difference?

On page 2 of the newspaper was a message: “Stop counting—There are 43 photographs in this newspaper.” The half-page message was written in large type, so it should have been hard to miss. And yet it was the people who considered themselves unlucky that tended to overlook it.

Wiseman’s research concluded that lucky people practice certain habits that help to generate their own good fortune: They are skilled at noticing chance opportunities.

They make lucky decisions by listening to their intuition. They create self-fulfilling prophecies by developing positive expectations, and they adopt a resilient attitude that transforms bad luck into good. Lucky people step into a situation with an intention of finding luck—so they tend to find it. Unlucky people often miss opportunities even when it is staring them in the face. They barrel right past that print advertisement, hunting for photos, never expecting that, maybe, some luck may come their way.

Do you notice all of the unexpected opportunities that reveal themselves throughout the day? What might your career, business, or life look like if you did?

Whether or not you consider yourself lucky depends on the habits you practice and the beliefs you set for yourself. Even when we are able to spot creative opportunities, most of us face mental blocks that prevent us from acting upon them. So, how can you shift your thinking to become one of the lucky ones?

This 5-step process is designed to help you overcome creative blocks and pursue innovative ideas.

The first step on the path to innovation is intent.

When your intention to innovate is strong, you are most likely to see and seize opportunities. So it’s critical to identify and eliminate whatever blockers may be getting in the way of your ability to see opportunities, and to identify what stops you from taking action.

Research suggests that there are three kinds of beliefs that stop people from discovering and acting on opportunities: behavioral beliefs (“this won’t work”), control beliefs (“I am not capable”), and normative beliefs (“people won’t approve”).

Picture observing yourself in a movie. In this imaginary film, you are presented with an opportunity to innovate, but in the end, you decide to pass. To diagnose your beliefs, select which of the following statements (pulled from interviews with real internal innovators) sounds closest to your internal dialogue?

Step 2: Be Willing to Choose Your Beliefs

Once you’ve diagnosed the unhelpful belief that is blocking your creative process, you can start replacing it.

It’s important to recognize that many beliefs aren’t true; they’re simply rules humans adopt to explain events in the past and give us a sense of security about the future. They often seem to be true because they can become self-fulfilling.

For this step, be willing to consider that your belief from step one may not be true. Then think of some counterexamples from your past that would indicate the belief may actually be false. Your goal at this stage is not to convince yourself that your beliefs are unfounded but simply to open yourself up to the possibility.

For example, one would-be innovator I know believed “I’m not good at building new things.” In forcing herself to look for counter examples, she remembered starting a club in middle-school, a band in high-school, and being part of launching a new sorority in college. This process started to loosen her belief system.

Step 3: Embrace The Cost of Inaction

Performance coach, Dr. Amanda Foo-Ryland has developed a process that enables leaders to deconstruct limiting beliefs. She calls it the Sherlock Holmes Technique, because you become the “detective” of your thoughts.

You’ll need a notebook for this exercise. Keep it on hand for 48 hours.

Whenever you have thoughts about an innovative idea, ask yourself, “what is it I believe about myself that caused me to think that way?” Notice what comes up and write it down.

Every time you feel bad, ask yourself, “what do I believe about myself that caused me to feel that?” Make note of it.

Each time you feel either one, physically move away from where you were sitting or standing and, in the new position, ask the question again. Ask playfully, as if you’ve caught the creative block by surprise.

At the end of the 48 hours, look at your list of beliefs and, for each item, ask:

Consider the monetary value of your time and energy, and put a real dollar amount on it. Think also about the emotional costs—on your relationships, your sense of fulfillment, your career, and your capacity to have an impact on the world.

For example, if the woman I mentioned above realized that if she held onto the belief that she was ineffective at launching new innovations, she would likely stop trying. She would miss out on the experience, impact and fulfillment of creating something from nothing. Her children may grow up with the same belief.

You should also ask yourself the other side of things: “What is the benefit to me of holding onto this belief?” Does it reduce your risk? Does it help you avoid embarrassment?

In the case of my friend, believing that she didn’t have what it took to build something new gave her an excuse not to try and to thereby avoid the potential embarrassment of failure.

Finally, we get to the final step.

Think of a new belief that you could use instead that would lead to the future you desire. Don’t necessarily choose a directly opposite belief.

Imagine what your life would look like in five or ten years if you lived through this new belief. What would your career be like? Your level of fulfillment? Your impact on the world?

Once you’ve selected a new belief, you’ll find that the old belief starts fading away. You’ll notice opportunities and ideas that you didn’t see before. You’ll start taking actions that you would have once considered impossible.

Through this process, you will start exploring the world with an intention to pursue creative ideas that impact causes you care about.

Get 36 actionable ideas to outthink your competition! 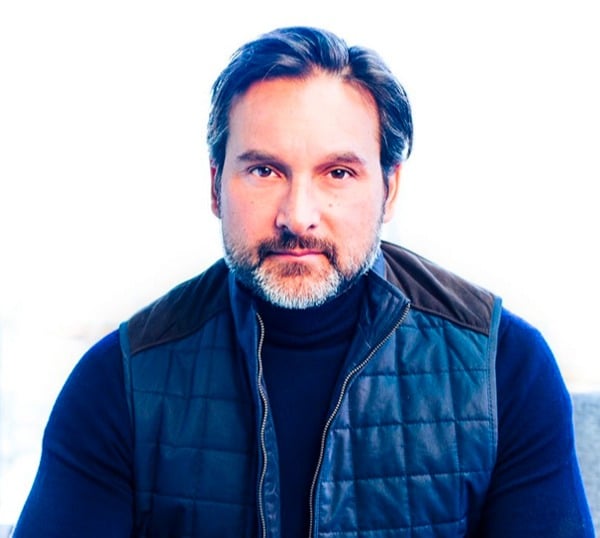