“You know, as most entrepreneurs do, that a company is only as good as its people. The hard part is actually building the team that will embody your company culture and propel you forward.” – Kathryn Minshew, The Muse

Whether you own a boutique company, run a huge conglomerate, or manage a department, hiring issues are probably not uncommon in your world. Most managers mis-hire at least three people before they land their high performing A-Player! Each mis-hire can prove to be costly not just in monetary terms but also in wasted time and effort.

You probably want to spend more time helping your A-Players achieve even more, but chronic low performers are taking up too much of your time and your high performers’ time, dragging down your entire organization.

Trying to coach the low performers rarely works — other than to create more frustration. Most managers live with 25% high performers (A-Players), about 50% “adequate” performers (B-Players), and 25% poor performers (C-Players).

So despite your best efforts in hiring, how does this still happen?
How can you consistently get to the A-Players? Topgrade!

Topgrading In A Nutshell

I started Topgrading Inc. because I was appalled at the poor hiring results of almost all companies. Most companies rely on ineffective hiring methods — the use of personality tests and behavioral interviews, both of which are easily faked. They do not address the 3 biggest reason for poor hires: dishonesty, unrevealing interviews, and poor verification (worthless reference checks).

Topgrading solves all these problems:
In short: Topgrading delivers honesty, the most revealing interviews, and solid verification — thus helping you hire A-Players 90% of the time.

Before MarineMax, one of the largest boat dealership companies in the world, switched to using Topgrading methodology to hire their store managers, they were operating with only 25% of high performing store managers or A-Players. The rest of their employees consisted of B and C Players.

“Our average boat sold is about $110,000, so you can’t afford to hiccup on it. B- and C-Player managers cost us a million dollars because they don’t close the big sales,” explained CEO Bill McGill.

MarineMax rolled out the Topgrading methodology to cover the hiring of all employees. They improved hiring from 25% to 95% A-Players. McGill said:

Topgrading has absolutely been a gamechanger for our company. Topgrading will be key in our culture forever. We do not hire a store manager unless a Topgrading Interview is performed. Our biggest challenge rolling out Topgrading was convincing regional managers to take the time – maybe 3 hours – for Topgrading Interviews of store manager candidates. But they learned quickly that their 75% mis-hires cost them days, weeks, and months trying to salvage low performers, so why not spend the time, perform due diligence up front and make sure you’ve done it right. A-Player interviewees love the process, too.

The term A-Player has been tossed around a lot and causes a lot of confusion. I’ve broken down three of the most useful definitions for you:

An A-Player Is A High Performer

Most managers can relate to the term “High Performers” without much explanation, however bear in mind that their definition of a high performer might be a lot higher (or lower) than yours.

Just a quick note though: many companies think that A-Player refers to someone highly promotable. Topgrading defines A1s as promotable 2 levels, A2s promotable 1 level, and A3s not promotable. You want ALL A-Players, and even if the MarineMax receptionist is a part-timer with no interest in being promoted, that receptionist is the first contact for a prospect who might spend over $100,000 so the image must be first class: friendly, professional, outstanding listener, reliable, and adroit at pairing the prospect with a sales rep.

An A-Player Is Rated An Excellent Or Very Good Performer

How do we know this? Our methodology has a “truth serum” built in. Candidates for hire are asked to guess how every boss would rate their overall performance on a scale of:
Across hundreds of companies and several decades, we’ve learned that A-Players consistently get rated as “Excellent” or “Very Good” by their previous bosses. Being rated “Good”, is not enough.

If you are a company hiring dozens or even hundreds of people for a job like Store Manager, then this is a practical definition for your company: Someone in the top 10% of talent available for any job, at a given salary level.

What Are A-Player Competencies?

Topgrading Interviews reveal all the important competencies for the job.

A-Players Tend To Be:

We’ve analyzed over 20,000 reports following Topgrading Interviews of managerial candidates, and one competency stands out as the most important, the uber-competency: RESOURCEFULNESS

A-Players have resourcefulness in spades. They are resilient and don’t give up, and when challenged by opportunities or seemingly hopeless setbacks, they look for ways to overcome.

A-Player CEOs show resourcefulness in all aspects of their job. A-Player stockers in grocery stores constantly tell their department managers their ideas for stocking more efficiently and for serving customers better. Anyone mediocre in resourcefulness is just doing the basic job and taking a paycheck.

How To Attract Your A-Players

In order to find your A Players, you’ll need to have at least 30-50 candidates to pick from. So here are a few methods to recruit this number of candidates. 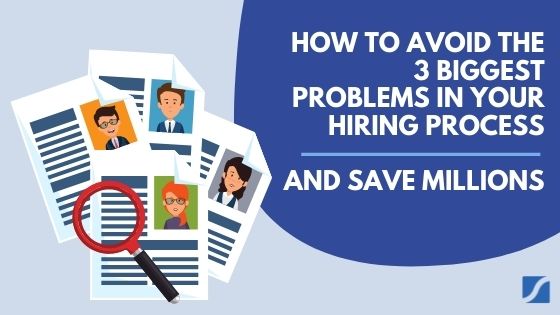 topgrading
Previous How to harness the power of your remote teammates
Next How a 2-Year-Old Mint.com Was Sold To Intuit For $170 Million — A Topgrading Success Story